“Superman Smashes The Klan” in a timeless graphic novel with a poignant, relevant message 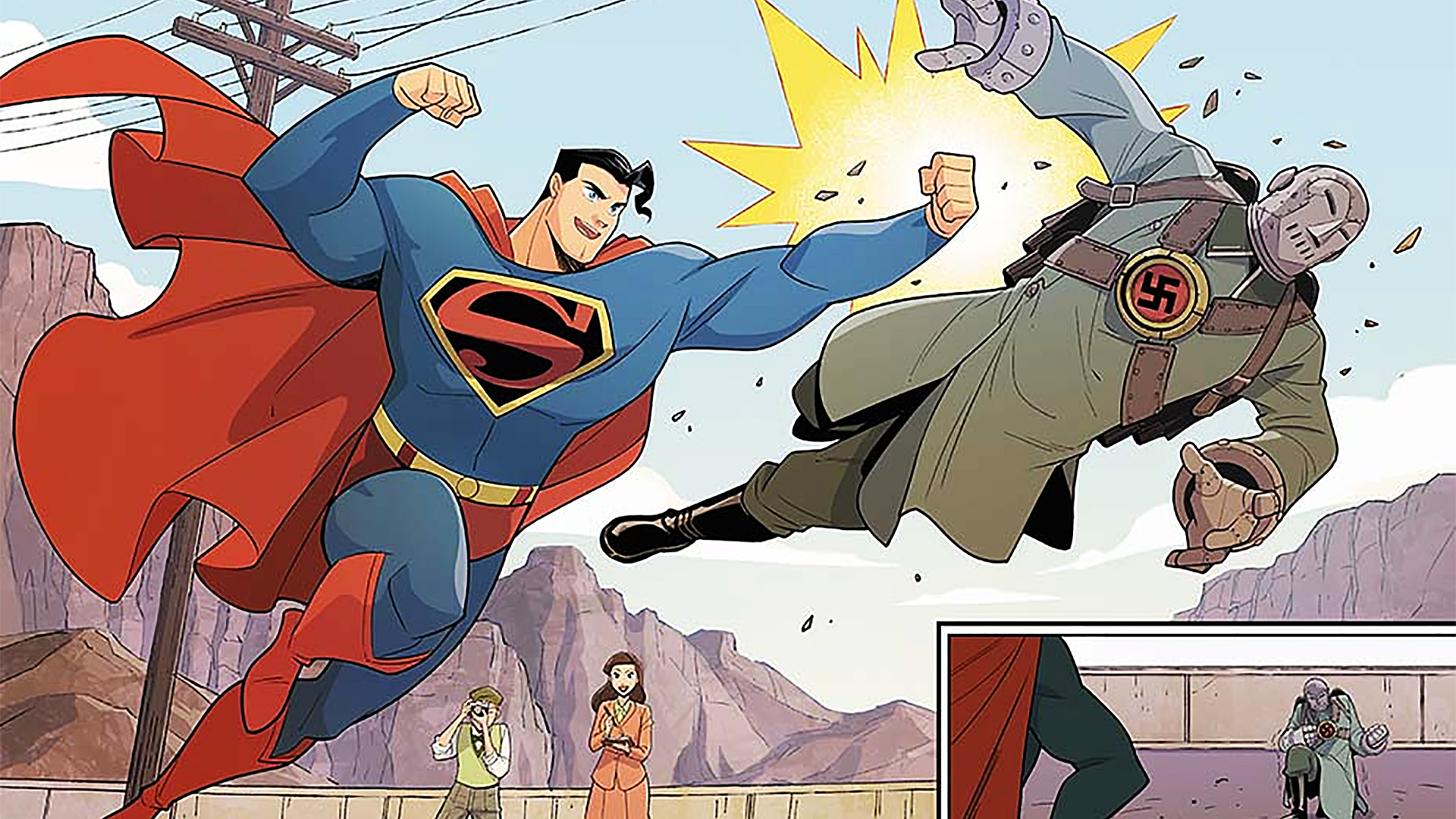 “Superman Smashes The Klan” is an excellent story about accepting one another, conquering hate and the fact that it’s okay to be different. It’s also an excellent Superman story that captures the true spirit of The Man of Steel.

Loosely based on the famous and classic episode of the Superman radio drama “Clan of Fiery Cross,” “Superman Smashes The Klan” is unique in that it fits in with DC’s highly successful line of young adult graphic novels, but it’s enjoyable and poignant for any age group. Writer Gene Luen Yang has a particular – and enviable – talent for crafting stories with such a broad appeal. His most notable work is “American Born Chinese,” but with my affinity for Golden Age superheroes, I have a bias towards his excellent Green Turtle origin story, “The Shadow Hero.”

Yang has previously written Superman, helming the “Before Truth” arc of the New 52. A solid story in the latter half of the New 52, but he also brought a Chinese Superman to life in “The New Super-Man.” Ultimately, Yang is the preeminent voice for Asian-American focused graphic novels. But Yang’s ability stretches beyond that focus and reaches readers of all-ages and backgrounds, providing universal coming-of-age stories that resonate. That can be said for just about every major player in “Superman Smashes The Klan,” including The Last Son of Krypton.

First things first, the book opens with a double page spread of what can instantly be considered an absolutely iconic image of Superman. He swoops in and wallops a Nazi-clad Atom Man much to the delight of Lois Lane and Jimmy Olsen. The Superman we see throughout the majority of the story is the true Golden Age version. He doesn’t have the full range of his powers – he leaps, runs on telephone wires and doesn’t know the full range of his powers. He’s also not fully aware of his own backstory. He learns about it throughout the story and Yang crafts Superman’s journey to parallel that of the Asian-American characters Tommy and Roberta Lee, as well as young and hot-tempered Charlie Riggs who gets wrapped up in some trouble with the Ku Klux Klan partially due to misguided loyalty to his Grand Serpent uncle.

The central theme of the story is about fighting hate and acceptance, not only of others but of onself as well. We see this most clearly with the Lee siblings, Charlie, Inspector Henderson and Superman, each experiencing their journeys that are very different on the surface, but all very similar underneath. It’s that embracing of himself that allows Superman to unlock his full power by the end of the book.

The message and core themes of the book also stand out despite the setting of post-World War II 1946 because humanity, especially Americans, still deal with these things today. That fact – boosted by a timeless depiction of Superman – makes this book a must-read for all-ages.

I love the way Superman is portrayed in the story. It’s a pure and true version of the character and the way he grows alongside the other characters, eventually becoming the fully-powered Superman we all know is fantastic. The depiction of Superman’s major supporting cast – Jimmy Olsen. Perry White and especially Lois Lane – is flawless, as is the way Superman and Clark Kent interacts with them.

Gurihiru brings a perfect style to “Superman Smashes The Klan” as is typical of them. It fits the style of many young adult graphic novels available, but the art also uses Fleischer designs of Superman, Lois and Perry that is sure to delight any fan of Superman. I’ve always loved Gurihiru’s superhero work and the style perfectly complements the tone, pace and message of the story. Easy on the eyes and distinct, I’d love to see this translate into an animated movie.

“Superman Smashes The Klan” was originally released as a 3-issue limited series. I read all three issues as they came out, but then read the collected graphic novel in one-sitting and it really elevated it for me. It’s a relatively fast read and will keep you engaged with plenty of story and character development from start to finish.

I highly recommend “Superman Smashes The Klan” for anyone of any age that wants a story with an excellent message and a true-to-form depiction of Superman.

Pick it up here: https://www.atomicempire.com/ or at your local comic book shop!