The fall and rise of Star Trek 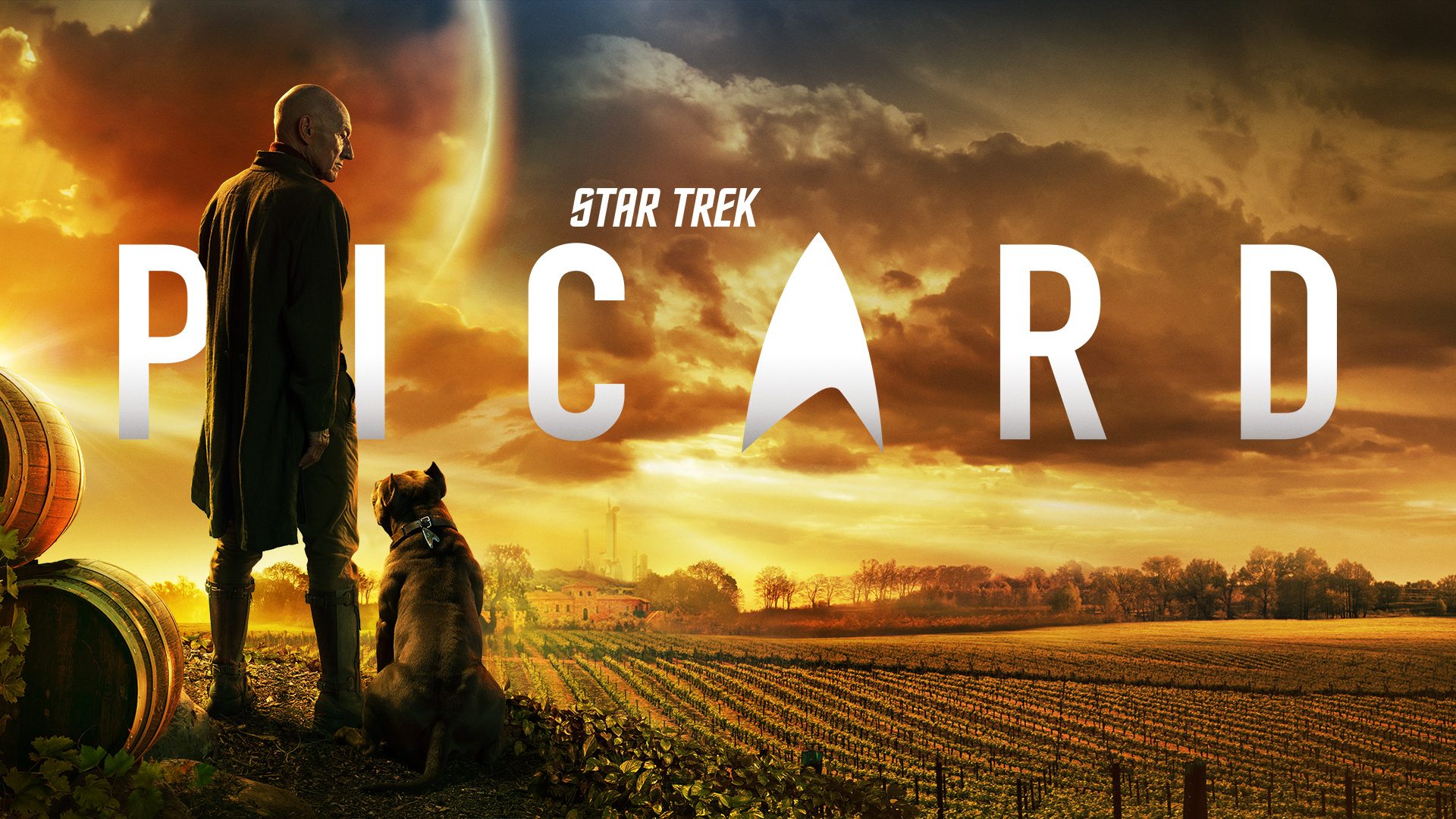 The first screenplay I ever wrote was a Star Trek one. It came between 5th and 6th grade and it was a sequel to Star Trek: Generations, the first Trek film I saw in theaters. Eventually, it added a ton of elements adapted from William Shatner’s novel Star Trek: The Return. I don’t remember if I ever really finished it, but that’s a testament to my love of Star Trek at a young age. Not many of my friends were really into Star Trek, and Star Wars was on the verge of its Special Edition resurgence, so I tried to share my enthusiasm for the franchise with any teachers who I discovered either like it or were just humoring a 10 year old kid. Bottom line, I loved everything about Star Trek.

I distinctly remember seeing Star Trek: First Contact – my favorite Trek film – with my older brother and his best friend, both who had no interest in the franchise, and them both telling my Mom afterwards, “yeah that was pretty good.”

For me, Star Trek’s appeal came in its humanism, its optimistic view of where we could go as a species. It’s a universe rife with imagination and seemingly endless possibilities. And one of the greatest things about Star Trek as a franchise, it always found itself moving forward. The Next Generation did not use the canon of The Original Series as a crutch, they were a century apart and so much had already changed.

The 1990s were a hell of a time for Star Trek. The Next Generation was nothing short of a phenomenon, Deep Space Nine – while underappreciated, is arguably the best show, Voyager – while choppy at times and maybe overstaying its welcome a little bit – kept the very spirit of the show alive. While Star Trek: Generations was entertaining for what it was, Star Trek: First Contact had huge mainstream appeal and I don’t care what anyone says, Star Trek: Insurrection holds up REALLY well. The franchise also had what I consider to be one of the best toy lines ever from Playmates Toys. The computer and video games were great… everything just clicked.

But as the 1990s came to a close and Deep Space Nine and Voyager ended, The Next Generation cast moving on… Star Trek started to wane in popularity. Maybe some of this was franchise fatigue; some of this was the resurgence and popularity of Star Wars.

In 2001 came Star Trek: Enterprise. Set 100 years before The Original Series. Enterprise is a really great show and Scott Bakula was fantastic, but it anchored itself in the franchise’s distant past. Instead of moving forward, the franchise went backwards and frankly, lost some of it’s luster.

However, I also think something else happened to Star Trek in the early 2000s. The franchise was always a commentary on society, it was a visual representation of what humanity could achieve if we set aside out petty differences. Sure, there were corrupt officers and what not, but the best of Starfleet would always rise above.

Of course, Star Trek had already started to lose some its appeal, but I think its message also didn’t resonate with society and pop culture in the wake of the Afghanistan and Iraq Wars. In the midst of it all, a critically panned Star Trek: Nemesis, which has aged fairly well, did not resonate with long time Trekkies or mainstream audiences. It felt dull. The cast didn’t seem to be all that into what they were doing and that is somewhat supported by comments made later by some of the actors.

Star Trek was no longer a powerhouse. It no longer carried the same weight and social commentary that made it such a force for 40 years.

Movies and entertainment became darker and more cynical. We started rooting for the bad guys. People wanted to consume content that reflected the grey areas of our society and presented flawed and misunderstood protagonists and antagonists as they tried to get by in a world that constantly keeps its foot on their throats.

In 2009, Star Trek had its first opportunity for resurgence. J.J. Abrams was hired to direct a film that would serve as a franchise reboot that would go back to The Original Series. Of course, this broke with the idea that part of Star Trek’s appeal is that it moves forward, not backwards. However, what Abrams did was brilliant. Rather than a full-on reboot of the entire franchise that would erase whatever came before, he split the timeline in a very Trek-fashion.

Abrams’ Star Trek, despised by some purists, did exactly what the franchise needed and thrust it back into the mainstream. It was a very Star Wars-esque style movie and certainly a major Summer blockbuster that was very different than the previous Trek films, but it did the job. There were new faces, familiar characters and the most iconic character of the franchise to bridge the gap played by Leonard Nimoy himself. 2009’s Star Trek did its job and what I call “Kelvin Trek” was born.

Your mileage on Into Darkness may vary, but it was a two-headed beast. On the one hand, it didn’t really earn the right to try and reboot Space Seed and Wrath of Khan. Kirk’s sacrifice and Spock’s reaction is so absurdly forced because the relationship there didn’t have an iota of the gravitas that the original did. But on the other hand, it laid out the mainstream formula for where the franchise needed to go to return to prominence and it gave us a over-the-top yet compelling villain in Admiral Marcus. Additionally, it preserved the humanity and optimism of the franchise, but gave it a real big grey area by making part of the Federation very militaristic.

In the interest of diligence, Star Trek: Beyond is arguably the best of the Kelvin Trek films because it feels the most like Star Trek without reinventing the wheel. It also moves forward in that timeline and it’s a serviceable return to form.

That brings us to 2017. The franchise has returned to mainstream consciousness, but it’s not back in its element – television. This is where Star Trek: Discovery comes in and plays the most pivotal role in the franchise’s resurgence and ultimately its current direction.

Discovery takes a major risk by going to the past and serving as a prequel to The Original Series. Of course, from a technical standpoint, production values are light years ahead of the 1960s, so things are going to look very different. There’s also the protagonist, Michael Burnham, who is essentially Spock’s half-sister, despite the fact we’ve never met or even head of her. Of course, this brings back flashbacks of Star Trek V: The Final Frontier, but it also made hardcore fans cry foul.

One of the reasons Star Trek has long been successful with the formula of moving forward is because it took care to do it’s best to uphold its own continuity and canon. A friend of mine compared Trek and Star Wars post-Disney buyout. He noted that Star Trek – even with the Abrams reboot – has never erased its canon, whereas Disney did exactly that with Star Wars, drawing the ire or alienating an entire group of fans. For example, post-Kelvin Trek, the phenomenal online game Star Trek Online, has given Trekkies the prime timeline content they crave. In essence, it’s completely forgivable for Star Trek to bend their canon a bit to match up with modern storytelling sensibilities. Star Trek: Discovery does that.

Still, some longtime Trek fans were and still are lukewarm to Discovery. It’s tailored for the mainstream. It is essentially styled like Star Trek: Beyond. It’ll give fans the Trek they want, but it also draws heavy mainstream appeal with morally grey characters not unlike Admiral Marcus from Into Darkness. Why do that? Because CBS All Access wants your $6 a month.

All of this has brought Star Trek to where it has truly returned to form for 2020: Star Trek: Picard.

Two episodes in as of this writing, Picard has embraced everything Star Trek is, has become and is on track to be. Instead of rebooting The Next Generation or shying away from less popular moments, it’s using one of its weakest installments, Nemesis, as a compelling catalyst that ultimately elevates the film. Its cherry-picking minor details from the series and molding them into compelling plot points. It’s embraced a major plot point of Kelvin Trek and is directly rooted in the aftermath of that event. And even with all of that, it’s continuing to move forward.

Star Trek: Picard is also magnificently blending the franchise’s view of humanism with modern cynicism. Jean-Luc Picard isn’t necessarily a broken man, but he’s a man that has stayed true to the virtues of The Next Generation era, even while Starfleet retracts and grows isolationist and even nationalist. Once again, Star Trek is reflecting our real-life society and making a commentary on the very nature of where humanity stands and where it may go. Additionally, Picard has adapted the modern “premium” storytelling style that is needed to keep an appeal for mainstream audiences as streaming services compete for dollars.

One thing I noticed with Starfleet’s turn inward is that it’s not just a commentary on today’s real-world. It’s actually following the natural progression of where the Federation was headed as they were faced with wars and other greater challenges that are present in Nemesis and Deep Space Nine. All along, Star Trek has truly served its purpose as a reflection of humanity..

I’ve been absolutely giddy that Star Trek has once again found its way back to me. I’ve felt like it’s been missing for a long time, and it’s really been a delight to be back in that universe.